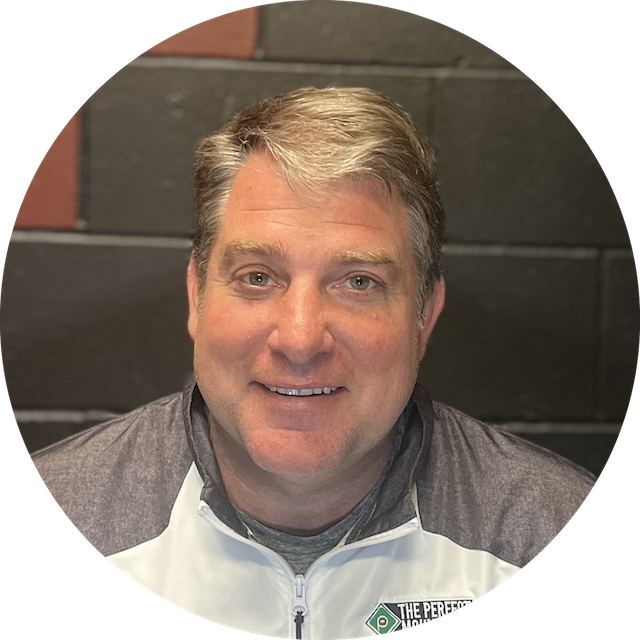 Appointed to the position of Chief Operating Officer in 2022, Steve Gomric brings nearly 30 years of industry knowledge to The Perfect Mound. Gomric’s years of leadership and management help him run point for all business operations and enterprise administration at TPM.

Previous to The Perfect Mound, Gomric held the position of GM for the Gateway Grizzlies – professional baseball organization in the Frontier League. During his tenure (2003-2022) he helped guide the club to numerous awards, national food and beverage notoriety and industry-wide best practices.

Gomric, viewed as a pioneer in the multi-purpose turf industry, successfully navigated the Frontier League and GCS Credit Union Ballpark during the athletic turf complex boom of the 2000’s. He was also vital in the early stages of The Perfect Mound product development - serving as a direct beta testing ground for numerous products and configurations.

Steve resides in Belleville, Ill. with his wife and two children. You could say baseball is in Steve's blood; his great uncle was Yankees great Hank Bauer.