The Perfect Mound creators, Bill Lee and Rich Sauget, have each enjoyed long careers in baseball as players, general managers, and owners. Lee, the Commissioner of the Frontier League, the oldest independent professional baseball league in the country and Sauget, Managing Partner of the Gateway Grizzlies Baseball Club, and President of the Frontier League, bring decades of baseball experience to The Perfect Mound. 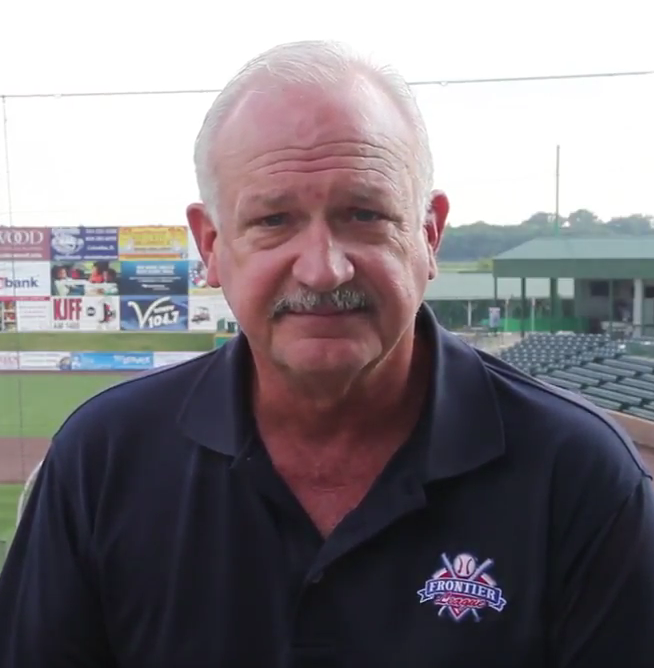 Bill Lee is the only commissioner to ever lead the Frontier League. He took on the role in 1994, the League’s second year of operation. In 2017 the Frontier League celebrated its 25th anniversary, making it the longest independent baseball league currently in operation.

Lee graduated from Southern Illinois University Edwardsville where he played baseball for the Cougars while his father was head coach. After graduating with a degree in Mass Communications, Lee signed to play in the Atlanta Braves organization, and then the Independent Lone Star League.

His first foray into field products was when he went to work for Diamond Dry, a corn cob product that helps dry wet playing fields. Lee created the distributor network for the product.

Later Lee became Assistant General Manager and Public Relations Manager for the Birmingham Barons and then moved on to become General Manager of the Chattanooga Lookouts, where he was named the Southern League’s Executive of the Year in 1989. Lee then jumped to hockey where he spent four years as VP of Sales and Marketing with the Seattle Thunderbirds amateur club. In February 1994 Lee took job of Frontier League Commissioner, a role he still enjoys today.

With Lee as commissioner, the Frontier League celebrated its 25th Season in 2017 with a 12-team circuit throughout the Midwest. 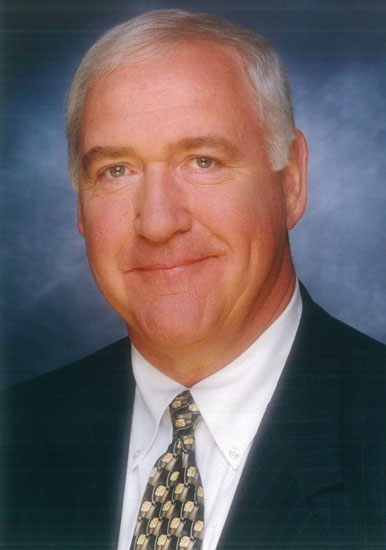 Sauget is Managing Partner of the Gateway Grizzlies in Sauget, Illinois, and Founder and President of East County Enterprises, a real estate management firm. Sauget graduated from the University of Notre Dame where he attended on a football scholarship and also played baseball.

After graduation he signed as a catcher with the Atlanta Braves organization where he enjoyed six years from A-AAA and an appearance in the Big Leagues. He finished his career with the San Francisco Giants AAA team in 1973 before retiring as an athlete.

While playing for the Braves, Sauget continued his education and wrote a thesis on the economic impact of the 1967 World Series on the city of St. Louis (the one when the Cardinals defeated the Boston Red Sox). While writing the thesis, Sauget learned the magnitude of impact a baseball franchise can have on a community. This is when he became interested in owning his own team.

The Gateway Grizzlies celebrated their inaugural season in 2001 at Sauget City field in Sauget, Illinois and still compete in the Frontier League today. The Grizzlies earned Organization of the Year honors in 2003 and 2006, won Division Championships in 2003, 2007, and 2012, and were crowned Champions of the Frontier League in 2003.

2006 saw the first ballpark in the Frontier League making the move from natural dirt and grass to artificial turf in Chillicothe, Ohio. When the stadium installed a 5,000 pound mound covered in turf, Lee noticed a need for a portable mound. The next field in the Frontier League to move to turf was in Traverse City, Michigan. Here the ownership installed a concrete mound that could never be moved. Then, the Washington Wild Things followed suit installing a turf playing surface and trying their luck with a dirt mound on a concrete plate that required a fork lift to move.

There was no solution for a top quality mound that could be removed to allow the field to become more multi-use.

After watching the different iterations of mounds throughout the league, “I started talking to several people and asking questions about mounds and I began drawing things in my head and thinking about how it would come together,” says Lee. “I would wake up at night thinking about how to solve this problem.”

When Sauget’s Grizzlies decided to install turf in 2011 Lee proposed his idea for his portable turf mound.

“So we develop a prototype and we tested it out at Southern Illinois University, Edwardsville. We set it on their turf soccer field and let their pitchers and pitching coach throw off of it,” explains Lee.

When asked their thoughts, the pitchers at SIUE replied with, “It’s the most perfect mound I’ve ever thrown off of,” and “This thing feels perfect.”

The term “perfect” kept coming up – even from the turf companies and thus, The Perfect Mound was born.

The Perfect Mound has been adapted and changed many times along the way.

“We walked out of there with awards for ‘Most Innovative Product’ and ‘Best in Show’ that year!” says Lee.

At The Perfect Mound we continue refining and perfecting what “perfect” can become.